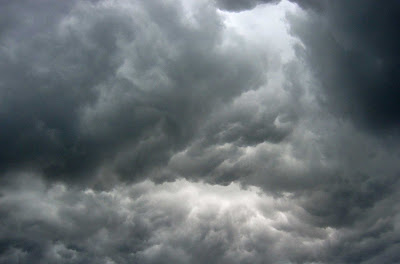 Feeling an impending darkness over all this cloud business.

Apple is in 700 billionth heaven. But all I see are clouds ahead.

On Tuesday, the visionary tech leader broke through the market ticker tape to become the first American company valued at $700 billion or more — $710.7 billion, precisely, nearly double the worth of the next-closest contender, ExxonMobil, trailing at $385.4 billion.

On one hand, I’m proud, because I picked Apple eons ago — back in the naïve Nineties — to win the war over Microsoft. I’d always been a Mac-head: I bought in to the original Macintosh toaster; my 20GB click-wheel iPod was an answer to a prayer; and the iPhone is more than my personal assistant — we’re attached at the hip.

Still, I have a nit to pick.

Over the holidays, I decided to upgrade my decade-old, dual-core PowerMac G5 with a sleeker, faster machine. I had been feeling a bit caged in, still running Tiger OS on the beast. 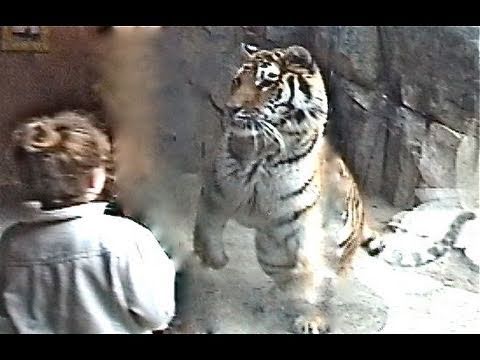 I hadn’t kept pace with the leopards and other big-cat platforms because, despite my tech prowess, I guess people of a certain stripe have a hard time changing their spots.

I’m certainly not one to put the drag on the sails of technology. After all, I was an early adopter of the Super Betamax, lugging that wonder machine into my college dorm long before there was a Blockbuster on every corner. And it was only last year I tossed my combo clock-radio-rotary phone, which worked fine but was crowding out my iPhone, iPad and Kindle Paperwhite on the nightstand.

You get my drift.

So I was stunned to discover, having missed a few R&D cycles, that the new MacBook Pro laptop I brought home had no disk drive. Where were they hiding it this time? I mused. I felt like someone on “Star Trek” encountering a new life form, pressing everywhere for a hidden button, using crude sensors and probes. After a few days with it, fussing and fuming over the insistent logon for “the cloud” — we just weren’t bonding — I decided to return it in favor of a 27-inch iMac. Again, the internal disk drive was missing, but I figured a desktop would better support an external burner, three external drives, the VCR and my assorted cameras and peripherals.

Truly, I’m the one feeling peripheral, thanks to Apple’s grand designs.

My hobby is videography, so my primary aim in getting a new workstation was to produce DVDs or Blu-rays — not illegally, but as a service to clients, theater people, family and friends.

Yet here was Tim Cook declaring: no more disks, or even discs. Such technology is going the way of the dinosaur, just like credit cards (Apple Pay) timepieces (Apple Watch) and passwords (Apple’s TouchID). Your 3,000-plus CD collection? Toast. Let it go. Want to share your stuff? Introducing Apple’s virtual theater, where the world theoretically could have access – it’s all already in the public domain, even before you and your copyright expire. Plus, extra virtual space is going to cost you. Oh, and you’ll need a compressor to even upload or transfer, conveniently available for another coupla hundred at the Apple Store.

I’m certainly anti-clutter and pro-decluttering. That’s why my vinyl collection is stored off-site in a storage unit — outta sight, outta mind, outta pocket. Each month another $200; I keep repurchasing my stuff.

I’m all for keeping things “safe” — yet, thanks to whistle-blowers and alarming data breaches, it’s no secret there are no true hacker-free zones online. 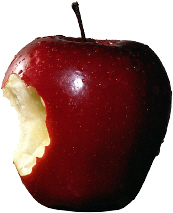 I’m hungry not for more technological support but respect.

My beef is: How does Apple get off thinking it can reprogram ME? Is this monolithic corporation Big Brother in a palatable disguise?

The erosion of my confidence in Apple — maybe technology in general — started with iTunes and the proliferation of MP3s over albums. In sync with its logo, Apple took a bite out of music quality, as MP3s merely “sample” sound, using a compression algorithm roughly one-eleventh the size of the original audio source. I never could abide those musical “dropouts” in MP3s, the tinny, tiny experience.

Now the heirs to Steve Jobs are applying more “Air” pressure to turn my personal data or creative handiwork into vapor. I resent anyone making that decision for me, and I refuse to pay twice for what I buy – first for “fair use” privileges that aren’t fair, and then for storage in a place where I can’t keep tabs on it.

Problem is, someone else sure would be keeping tabs on the data I access, filing my tastes and marketing more “items like that.” In Apple’s all-white, ethereal Zen puffy-cloud world — less hardware, more software — nothing feels like ownership anymore. I happen to find my peace in alphabetizing my discs and admiring the cache of colorful spines.

Not to mention, I hear horror tales about syncing and compounding (confounding!) digital clutter and incompatibility between “the cloud” and various programs, like QuickBooks. Although technology moves quickly, troubleshooting is never quick. And because there are competing clouds, with all-consumer-ing interests, no single omnipotent tech force is looking out for us.

Like leprechauns bowling in the sky, there’s bound to be a major cloud battle someday or unnatural data disaster, then poof! All the precious … up in smoke.

To paraphrase Joni Mitchell: I’ve looked at the cloud from both sides now, and I really don’t like clouds – at all.

Don’t mean to rain on your parade, Apple — but this cloud thing is where I get off.